The Siemens Venture, based on the European Viaggio Comfort variant seen in Austria and the Czech Republic, is set to replace the dated 1970s and 1980s era Amfleet and Horizon coaches across the Amtrak Midwest network. Venture coaches are already in use in the United States by Florida-based Brightline, and are also coming soon to the Amtrak San Joaquins service in California. 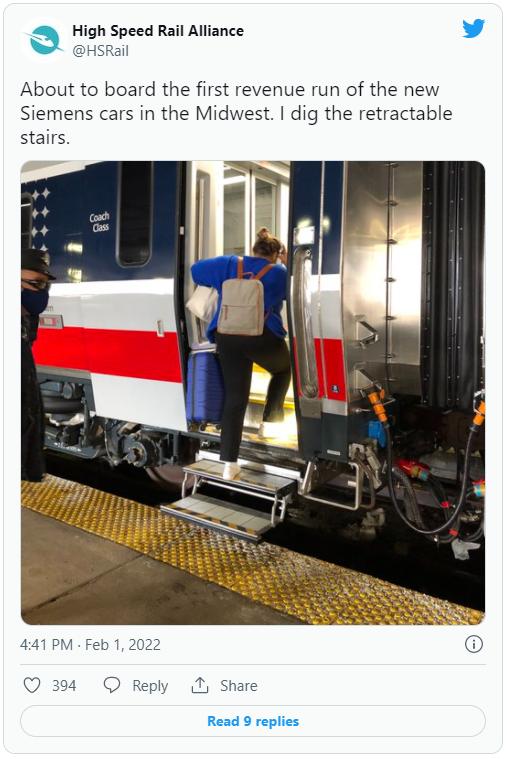 The new passenger coaches represent a generational leap not only in the passenger experience for Amtrak, but also for ADA accessibility. The legacy Amfleet and Horizon coaches were designed before modern ADA regulations, creating barriers to those with reduced mobility.

“We worked extensively with the ADA community to make the consist [rail transport] and the trains more ADA friendly and compliant,” said Scott Speegle, passenger rail & transit communications manager at the Illinois Department of Transportation. “The aisles are wider, which allows for more mobility throughout the train.”

Some of the new Venture coaches will be married pairs, allowing for easier movement between the cars using a level surface rather than every car being an independent unit. Coaches will have dedicated space for wheelchair and baggage storage.

Boarding and de-boarding the train will also be much easier for all passengers. The coaches feature a set of retractable stairs to assist with low platform boarding, rather than having to rely on a flimsy step stool sometimes seen placed by conductors. “Eventually, cars will have a built-in lift in the cafe/coach cars, so there will be a lift included as part of the train rather than as boarding on the platform with a ramp or with a mobile device that they bring up to the train,” said Speegle.

A passenger information system will also be activated in the coming days, finally providing Amtrak passengers with overhead displays and automated audio information about the train route, including the next stop and other vital messages. 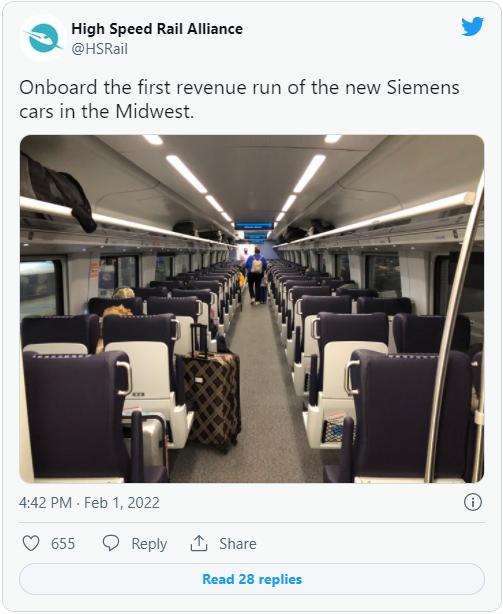 Each passenger seat now features USB ports in addition to the standard AC power ports, which have been relocated to the center of seat pairs so passengers no longer have to reach over their seatmate to reach the outlet. Brighter lighting and a glass enclosed luggage rack will help brighten up the passenger compartment, as will the massively enlarged windows. A dedicated bicycle storage area will also be available in every coach.

The order comprises 54 coach cars, 17 business/coach cars, and 17 cafe/coach cars. The first four coach cars went into service this week, and the first cars including a business cabin will start to be delivered next month. Cafe cars will start to arrive in late 2022 or early 2023.